Debut writer Bobby Singer is pleased to announce the launch of the Kickstarter for their first comic series, Flame Angel, a magical girl series set in Mississippi during the 1960s.

Taking the themes of love and friendship the the genre is known for and putting them through the lens of a time and place filled with so much hate, this story follows Brianna Aaron, a young African-American magical girl knows as the Flame Angel, as she faces the prejudices of the time. 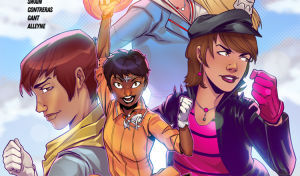 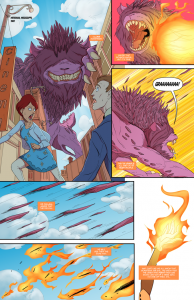 The Kickstarter campaign launched on Jun 18th, 2019 and will run until July 18th, 2019. The initial goal has already been met and if the first stretch goal is met, all backers will receive a physical copy of Flame Angel #1. Perks for backing include a digital copy of the comic, a Flame Angel t-shirt and being drawn into the comic as a background character, among others.

« 5 Great Superhero Kisses in Comics!
Mine to Avenge: Book of Layla #2 Now on Kickstarter! »