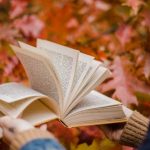 To contact Hope or Rachel for further information on this project, please use the contact page.
We’ve been fortunate to receive a substantial amount of attention throughout our campaign.