Nelvana of the Northern Lights 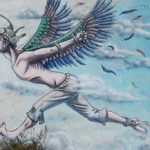 Bio: Nelvana and Tanero are the demi-god children of Koliak, an Inuk god, and a mortal woman. They are sworn to protect the northern lands from any and all invaders. Tanero is cursed and so must remain as a beast in the presence of white men, with Nelvana using her cape to change him into a Great Dane. Nelvana eventually adopts the civilian disguise of Alana North in order to solve crimes and supernatural mysteries.

Creation History: Nelvana was the name of an Inuk elder that the painter Franz Johnston met in the Northwest Territories during his travels. He was so impressed with her that when he returned to Toronto, he relayed his experiences to his friend Adrian Dingle, a local artist. Adrian Dingle created a superhero based on this elder, but made her younger, partially based on the appearance of his wife Patricia Dingle. 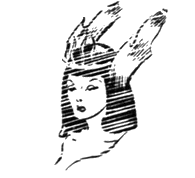