Once and Future King #2 Review 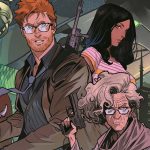 Be careful what you wish for- this issue for Once and Future King races the plot along at a pace faster than I expected, but it is a breath of fresh air and gorgeous to behold.

END_OF_DOCUMENT_TOKEN_TO_BE_REPLACED 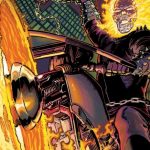 I have a weird affinity for the Ghost Rider. My older brother was and still is at heart a metal head. Iron Maiden is his jam and he still always finds a way to see them whenever they are on tour, even if it means traveling hundreds of miles to do so. So as a teen his room was often littered with album covers, cassettes, and posters of his favorite bands and while my music tastes trended more toward alternative music I was mesmerized by the heavy metal imagery.

END_OF_DOCUMENT_TOKEN_TO_BE_REPLACED

The Greatest Comic Ever?

Technically, “The Dark Knight Returns” is not a stand-alone comic, but rather a four-issue miniseries written by Frank Miller (“Sin City”, “300”). It is often considered one of the greatest modern comics of all time. Set in 1986 Gotham City, “The Dark Knight Returns” tells the story of a 55-year-old Bruce Wayne, who after years of giving up fighting crime, decides to resume the mantle of “The Batman”. However, after years of solitude and a lack of training, Bruce realizes he isn’t the same hero he was before.

END_OF_DOCUMENT_TOKEN_TO_BE_REPLACED 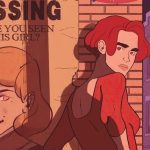 The issue begins with an encounter between two friends, Lana and Blair. The two practice a trapeze act, which emphasizes the topic of trust, which is tied back into the larger narrative of the story later. The story then follow Lana as she visits a number of relatives and members of the town as she uncovers evidence of a potential murder from years ago. This is a slice of life story wrapped in a mystery with plenty of entertaining social commentary.

END_OF_DOCUMENT_TOKEN_TO_BE_REPLACED

About that time Captain America did what? 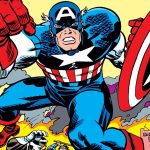 Let’s return to the magical year of 1990, when Cap was written by Mark Gruenwald (who may always be Captain America’s longest-tenured writer with a massive 105 issue run through the 1980s) and portrayed by artist Ron Lim (perhaps best known for his work on Infinity Gauntlet and its sequels). With talent like this, the Streets of Poison storyline was bound to be an instant classic. It was, but not perhaps the way it was intended.

END_OF_DOCUMENT_TOKEN_TO_BE_REPLACED 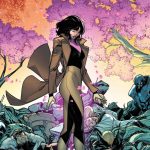 This is it. The end of the beginning. What started as a seemingly startling change in the X-Men slowly became inevitable as everything we knew changed. Timelines ended and began, changing everything from Year One onward. We have seen the mutants strive for survival through peace and war. Now, they aim for something more akin to domination through politics and capitalism. They will use humanity’s systems against itself, manipulating our greed and fear. And we can’t blame them at all. Mutant kind always loses, always faces extinction.

END_OF_DOCUMENT_TOKEN_TO_BE_REPLACED 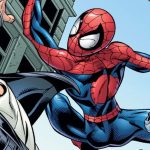 Spider-man is one of the coolest, most relatable superheroes on the planet, but he has had his share of moments he would rather have you forget. Here are a few gems from the weirdest issue of Amazing Spider-man.

END_OF_DOCUMENT_TOKEN_TO_BE_REPLACED 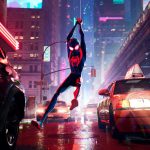 Spider-Man: Into the Spider-Verse changed superhero pop culture. It turned Miles Morales into a household name, along with the very idea of a multiverse full of spiders. Since then, Marvel has made numerous entries into the world of Spider-Verse. The latest, Spider-verse, in name at least, tries the hardest to grab onto that popularity.

END_OF_DOCUMENT_TOKEN_TO_BE_REPLACED

How the Avengers Managed to Survive the Times 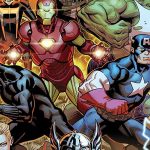 Comic books have been around for decades, weathering ups and downs in their popularity. As times change, old heroes evolve and new heroes rise in response. All of The Avengers are a direct product of their specific time, but since history often repeats itself (and what these heroes represent is both universal and American), they are more popular now than ever. Well, that and the fact that they’re a blockbuster movie franchise.

END_OF_DOCUMENT_TOKEN_TO_BE_REPLACED

Was Superman Really A Jerk In The Silver Age? 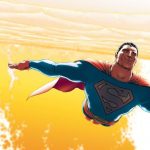 The silver age of comics, roughly from 1956-1969, was a bastion of some of the most beautifully strange stories ever told in the medium. One of the notable characteristics of this period was just how often Superman would – in wrestling terminology – turn heel and become a source of grief for our heroes and their pals. This progressed to a point that there is an entire webpage devoted to examples of his “superdickery” But was it really that bad?